Recently, I came across an old astrological diagram that applied the term ‘retribution’ to Scorpio. We’ve heard about Scorpio’s ‘sting in the tail’.
Retribution is a stinging term – very Biblical in its implications.

Scorpios get a bad rap in traditional astrology. They’re often characterised as inscrutable and occasionally morbid, even obsessive. It’s rather like Scorpio is the ‘scapegoat’ of the zodiac – the Biblical scapegoat was quite literally a goat ritually loaded up with all the sins of the tribe and then sent off into the wilderness, taking the demons away with it. A nice way to offload one’s sins.

We probably all know someone who seems to get the blame for everything, regardless of whether they caused the situation or not. And sometimes this happens simply because they’ve developed a reputation for being careless of transgressing norms – rather like the goat that isn’t averse to being contrary: to climbing trees although it’s not a clawed animal, or to eating bizarre and apparently indigestible things.

It is worth noting here that the transgressing of norms can often be an evolutionary necessity!

This leads me to consider the shadow side of retribution, which may make you immediately think of even more nasty expressions of Scorsese-style payback.

But no, I’m thinking of the shadow as the hidden face.

We’re familiar with the mean and nasty face of retribution, which is why it feels like a pretty heavy term to apply to a single zodiac sign.

But what if we take a more wholistic view of retribution?

Where to re-tribute is simply to return the tribute or gift previously given.

The wisdom and symbolism of the traditional zodiac cycle follows the (Northern hemisphere) seasons as it tracks the path of the sun. As above, so below. Thus Aries introduces the newness of spring, sunny Leo represents the height of summer. Scorpio faces into the depth of a Northern winter.

Of all the zodiac signs Scorpio is least afraid of the dark.
As the great wheel turns into the cold and privations of winter, Scorpio is the first one to go into the darkness, to confront what must have been experienced for millennia as a sense of impending dread for the harsh cold winter. Hunger and suffering are very real possibilities for those who have not properly attributed the harvest of Virgo, and re-balanced themselves through the seasonal adjustment of Libra, to be ready for oncoming winter.

In considering retribution Scorpio takes a long hard look within – and without – and must face up to whatever remains unbalanced by those Libran energies. Whatever was given, but has not yet been honoured.

From this perspective retribution can be seen as a time of reckoning, and the outcome of it depends on how well we’ve done our work. 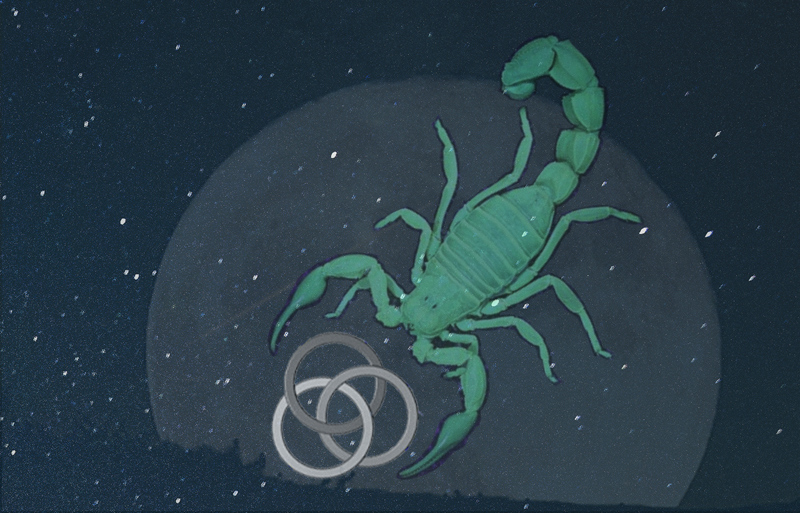 By working with the universal law of ‘what goes out must come back’, Scorpio embodies the wisdom of the gift.

This is not your standard Christmas and birthday gift. It’s not the object that neutralises an obligation, it’s the recognition that everything that has been connected remains connected – through the deep seeded principle of exchange and reciprocation.

Some now call this ‘quantum entanglement’, but it has been known by shamans, healers, witches and alchemists well before the discoveries of physics. It’s the ancient understanding that what is given can never be disconnected from its source. And the ancient law of threefold return – that what you put out comes back to the power of three!

Modern humans have forgotten this because we’ve become so trained in logic, which seeks to understand by separating and breaking things down into apparently unconnected parts.

This is why Scorpio energies can flummox the more rational amongst us, because it means working with, and learning to understand the wisdom of complicity and entanglement: that everything we do has an effect in ways we often can’t track or reason through. So we must become aware of how our own energies and desires and thoughts, as much as our actions, are creating this reality we live in.

We need, collectively, to honour this work of Scorpio, because we’re living through an important epoch where humans must face up to how and why we’re up against the apocalyptic horsemen of our times. Our chickens are coming home to roost, as the saying goes.

There’s an urgent need to clear collective delusions and to tune into what’s true. This isn’t the nice tidy truths of philosophers and aspirational spirituality.
We have to turn our faces unflinchingly to much deeper, older truths.

Scorpio energy actually requires us is to uproot, to flush out anything that is not absolutely real. To seek out and honour everything avoided, glossed over, ignored or buried in euphemisms and pretence.

For those with Scorpio prominent in the chart, life’s lessons will continually tune us to look beyond the immediate exchange, to the true nature of retribution.

To immerse ourselves in the bigger picture where we can see that everything given back to us is a rich and varied multiplication of everything we’ve given out.

Because, as Bjork says, “you’ll be given love, but it may not come from the direction that you’re looking in…” 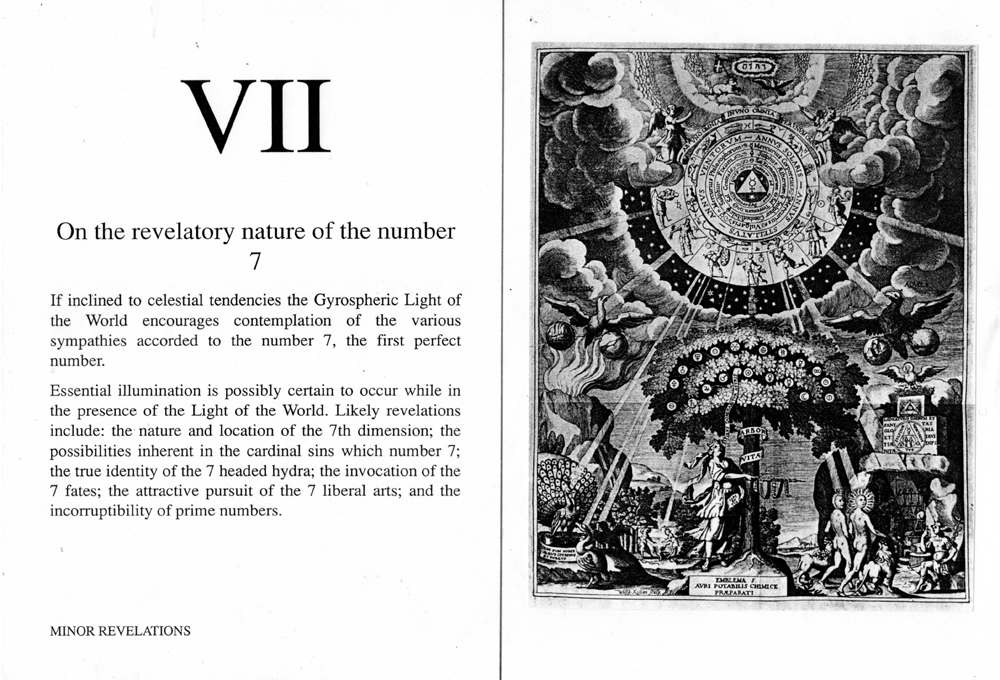 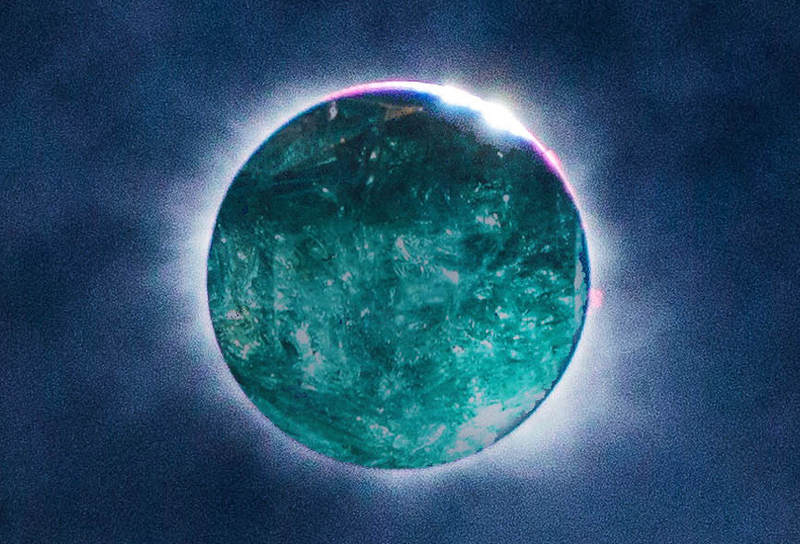 September’s equinox signals the Sun’s ingress into Libra.  And, as the Sun crosses the equator, day and night are exactly the same length. Ancient people were much more in tune with seasons, so it’s no coincidence…

I first discovered astrology at a time in my life when I was stuck. For one, my obsessive desire to be a successful artist seemed to have run aground and I wondered was the Universe working… 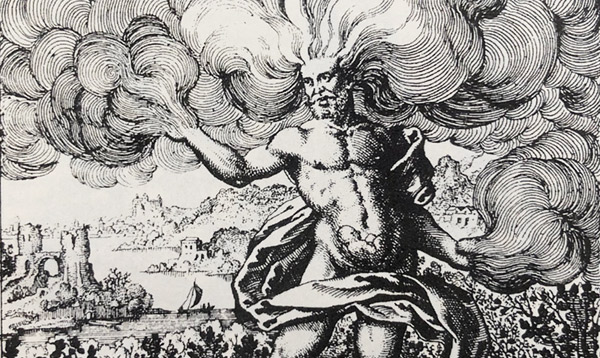