January 12, 2020.
We can think of this particular juncture of astrological time as ‘cosmic acupuncture’.
We’re experiencing particular ‘nodal point’ activations in a systemic treatment that has been taking place for the last year and will continue to be intensely at work at least into December 2020.

Expect a working over of systems and structures of all kinds reinforced by a heavy Capricorn theme as Saturn, Jupiter and Pluto confer together in this sign.

These are potent times. What is being set in motion now will have nothing short of the same revolutionary impact of Martin Luther 500 years ago, when Pluto and Saturn were last conjunct in Capricorn. His disputation on “the Power and Efficacy of Indulgences” targeted corruption at the core of the Catholic Church and ultimately initiated the Reformation. The breakdown of the stranglehold that the Papacy had over the production and control of information allowed the first scientists* to test the frontiers of human knowledge. This lead to the Enlightenment, democracy, and ultimately to the world we inhabit today.

It sounds like a nice story, this story of Progress.

But the dream of democracy is daily revealed as a farce, and we don’t have to look far to see that scientists are as corrupted with ‘indulgences’ and back-scratching as the medieval church. Despite Enlightenment (and also because of it) everywhere around us there still exists inequity and injustice. There’s cause to wonder if human consciousness has evolved at all in the last five centuries or is simply playing out the same tired old games of power.

Institutions that are supposed to protect our health and the environment are corrupted by officials fresh from executive positions in agri-chemical corporations. Education, all the way to university level, shapes our minds to play a role in the social machinery. Technologies promise us unlimited freedoms at the same time they threaten our health and wellbeing. All of these spring from the endeavours and inventiveness of what we’ve come to believe as progress for the human race.

We see enough evidence all around us that this system we cling to is rotten at the core. It seems we haven’t moved that far since the Pope sold ‘indulgences’ to spare the wealthy the pains of hellfire and damnation.

At this juncture of time, we’re facing tests of power at the level of our personal lives, and at the level of the collective. Everything we have given authority over us is up for review.

What do we do when everything we think should be working is actually contributing to the problem?

How do we respond when we must face uncomfortable truths that we can’t control?

How do we make choices that tip the balance and direct our human energies in more creative directions?

“The times are urgent. Let us slow down”
says my favourite philosopher Bayo Akomalafe.

And though I doubt he follows astrology, a recent post of his speaks simply to the demands of Saturn and Pluto, which require of us nothing short of a reformation of power – everything we understand about it and how we use it.

He points out that speaking truth to power is not a strategy for change because it still plays within the rules of power as domination and control:

What is power really? And how do we manage it?

At its most basic level power is the ability to make something happen.

We’re living in a world which encourages and rewards power that dominates and controls, but there are other kinds of power that work with things rather than against them.

And the most simple truths of power can be unearthed by noticing where do you get activated? And what message is here for you?

In a year that is all about questioning the nature of power, there’s a message about power in whatever is ‘in your face’ right now , whether it’s confronting and explosive, or something subtle that has been around ‘forever’.

We see it outside in firestorms and mudslides and political machinations. It’s also in the smallest of things – everywhere you feel blocked, doubtful, frustrated, insignificant.

Whatever the substance, the essence will be about power – where you’ve used it well and misused it, where you’ve ‘given your power away’ and where you’ve abused your own power over others.

The more we want to see ourselves as the victim in any specific situation the more we need to view our own abuses of power in the much larger context of our lives.
No matter how righteous, power that is found through a declaration of fault or blame plays by the same rules as power that wins through dominance and control. This is a hard truth that many will not want to face. But in the year ahead it is the most potent realisation we can have.

If we’re to change this current paradigm we first need to understand how to use our own power. And gain the sovereignty of responsibility that Capricorn offers.

Sometimes we abuse our power simply through damming up and ignoring our own instincts.

These are many faces to the kind of power that thrives on control. And yet, this year Pluto and Saturn will have us face what we cannot control so we can learn a new form of power.

Saturn works with you to find your path in the world. To manifest your authority.
To follow your destiny – and that doesn’t mean that it’s already paved with stone – it’s more like finding the way in the bush by using instinctual navigation skills.

How in touch are you with your intuitive knowledge?

How well have you used your experience to shape a wisdom worthy of finding the way?

Pluto’s work is alchemical –  dissolving the old into raw energy for the new.
In Capricorn its work is to uproot the old foundational structures we’ve built to serve us, but which no longer serve the future for either humans or the planet.

Pluto wants to disintegrate anything we’ve outgrown and use it for compost to fuel the next steps in our evolution. It has been moving through Capricorn since the end of 2008, working slowly but surely on shifting the foundations of our current established order.

Together these energies are asking us to see the ways that traditional authority and ‘getting things done’ have become dysfunctional – and to bring these back into proper functioning again.

How can we be more responsible? True responsibility is not following a set of rules prescribed by social expectations – or consensus opinion.

To act from the place of our own authority requires us first to recognise that our authority is founded in the deep connection of our body to spirit.

We need to become more bodyful so we can tap into the elemental energies that help us navigate this journey to find our truth.

This is not a truth of the mind, it’s visceral, sensual, foundational.

Beneath words and emotional states, what is making you feel uneasy, off centre, even just plain sick? Wherever there is a sense of dis-ease this is a signal of the need for foundational changes.

This is not a truth I get to tell you because it’s your truth. Astrology can help you to look in the right direction, but ultimately truth is something you find for yourself.

The key question for the year ahead:  is what you’re creating true to what you believe?

We’re being called to determine what really matters to us, and to keep checking that we’re on path to creating it. Now is the time for enormous effort – but it needs to be aligned and aimed in the direction that creates well-being for all, in the most foundational and broadest sense.

What is set in motion by these crucial times will not be resolved in a weekend or probably even a lifetime.

Life has been preparing you for this. And all your experiences have been making you fertile ground for new forms to grow.

Saturn supports integrity – are you in right relationship with yourself and your community?

Are you supported and surrounded by solid, dependable extensions of your core truth?

During the year Jupiter will also be meeting with Saturn & Pluto offering opportunities to reinforce the same system of power – or to write it entirely anew.

Some astrologers have done the maths and point out that the last time this powerful trio came together in such a potent arrangement in Capricorn was about 4000 years ago.

We can only speculate on what revolutionary shifts in codes of law and ethics were made foundational at that time and have continued to shape human progress these last millennia!

While all this current conflagration uproots our Capricornian ideals and desires for structure and security, the North Node destiny point is transiting the sign of Cancer. And Cancer’s message is simple and clear – everything is connected. We are in kinship with all things, and true well-being cannot be found until we come to terms with our responsibility in this connectivity.

It is deeply significant of our times that it takes natural disasters, like our current bushfires – or the 2005 tsunami – for humans to understand how little we really are in control of the world. And that it takes such a recognition to bring out the sense of care for our fellow humans and other beings.

In the letting go of our delusions of power as control what remains is power that builds in community and cooperation.

*The word ‘science’ comes from the root meaning body of knowledge. In that sense there have long been scientists and much of what transpired in European Renaissance was kicked off by the work of Muslim scholars, who resurrected the ancient Greek knowledge, which they learnt studying with the Egyptians… However science in the particular way we understand it today comes from the philosophy of the Enlightenment. 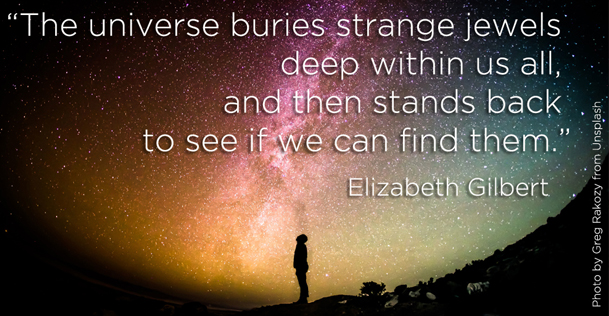 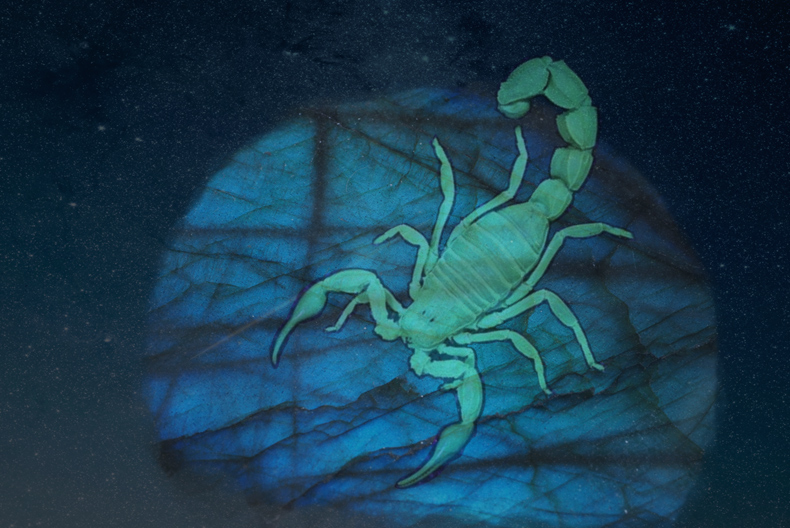 The lunar eclipse  of July 17th (7.38am AEST at 25º Capricorn) highlights Venus, in Cancer and close to the Sun. Since Venus invites us to open to the joys in our life, and to choose…